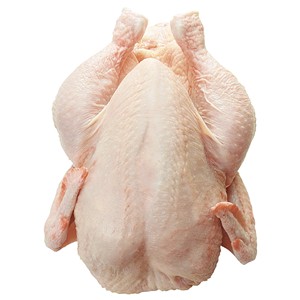 In today’s difficult economic climate many businesses are trying to cut costs, especially restaurants. “So, what does that have to do with this blog?” you ask.

Many Karaim in America, while not eating exclusively Kosher foods, do try to avoid forbidden foods, such as shell fish. Well, that has recently become a lot more difficult. In order to cut costs, some restaurants have started serving pork under the name “veal” in the menu. Likewise, many restaurants are serving cheaper fish, while keeping the classier more expensive name on the menu.

Some grocers also sell mislabeled fish. While part of that (and the problem with restaurant fish) may be deliberate. Many international fisheries have been known to pad their bottom line by selling less desirable or marketable fish in their nets as higher end fish to uneducated wholesalers and retailers (see here and here). It also allows them to pass under the radar when they fish in prohibited areas or sell fish they aren’t supposed to. Environmentalists have complained for years that such mislabeling also artificially inflates the market for fish species that are already over fished, rather than allowing people to develop a taste for other, more readily available species.

So the next time you think about buying fish or veal, be sure you can trust the retailer selling it to you, and avoid buying fish that has already been stripped of its fins and scales.

Food safety is another major concern in the news, that, on the surface, has nothing to do with Karaite interests. However, what concerns proponents of humane farming practices and organic food can have very real implications for those with dietary requirements.

In the UK, for example, several samples of chicken found in restaurants were cheap cuts that had been bulked up with chemical injections containing beef and pork, among other ingredients and chemicals. The practice is also fairly common in the Netherlands, a major exporter of chicken, especially to the UK.

Extruded protein is also widely used in the US to stretch the dollar for fast food restaurants and public school lunches funded by the government.

Obviously, the pork is a problem for us, but so is the beef, as the beef proteins are usually taken from the skin or blood of the carcass, rather than from parts that are permitted to us. Dairy products are also sometimes added. And while Karaites do not separate milk and meat, I think this practice does push the envelope, especially when it is applied to beef. It also begs the question of whether this “hybridization-after-the-fact” makes the chicken forbidden in the first place, beyond questions of slaughter methods.

What it all boils down to is a maxim gaining popularity in the whole food segment of the “foodie” community: “If your great-grandmother would not recognize it as edible, don’t eat it!”