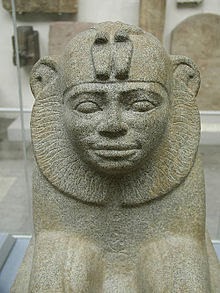 This week’s segment opens with Hizkiyahu’s distress at the Assyrian threat.  However, Yeshaiyahu reassures the court that the Assyrians’ plans will be thwarted by Divine intervention.  Indeed, Sencherev abandoned the siege of Jerusalem after being delayed by Taharqa (the Cushite king referred to in Yeshaiyahu 37 as Tirhaka).  Taharqa, in an effort to maintain, and later regain, his own dual kingdom of Cush and Egypt, fought the Assyrians in his own lands, and is remembered by ancient historians as a great military leader.  Cush also saw prosperous times and a renaissance of Cushite art and monument-building during Taharqa’s reign, due to both his military abilities and abundant rain early in his monarchy.  Taharqa’s interference with the Assyrians may be the events referred to in the prophecy for Cush in Yeshaiyahu 18.  The rest of chapter 37 contains the fate of Sencherev.

Chapter 38 contains the story of Hizkiyahu’s sickness, from which he should have died, except Hashem heard Hizkiyahu’s prayer and agreed to extend his life fifteen years.  The story concludes with a song Hizkiyahu wrote upon his recovery.  Note that Hizkiyahu believes that death would take him away from a relationship with the Divine, and not closer to it:

For the grave does not thank you;
death does not praise you;
those who go down to the pit do not hope
for your faithfulness.

The living, the living, he thanks you,
as I do this day;
the father makes known to the children
your faithfulness.

But Hizkiyahu’s righteousness is followed by foolishness in chapter 39, when he shows emissaries from the Chaldean king all the treasures of the kingdom.  It is worth noting that Yeshaiyahu has already prophecied that the Assyrians will be conquered for their hubris and blasphemy, so Yeshaiyahu’s proclamation that the Chaldean’s will carry away all the treasures and Hizkiyahu’s descendents may be seen as a confirmation that it is too late to avert the prophecy of Assyria’s destruction by them.
Chapter 40 provides us with a powerful and beautiful reminder of the omnipotence of Hashem.  Everything changes, says the prophet, but it is all small and weak compared to Hashem, who creates and controls it all.  Therefore, while things might look bad for the children of Yacov, it will all work out if they are just patient and wait for Hashem to act in His own time.
The comforting continues in chapter 41, with a reminder of Hashem’s close relationship with Avraham (His friend) and the covenant with Yacov (His servant).  He will protect Israel.  He is powerful.  He provides, even in adverse circumstances.  All the comparisons of Israel to other nations are apples-to-oranges, since the other nations worship worthless idols.  In due time, He has “called up one from the north” to “trample on rulers as on mortar, as the potter treads clay.” This “one” would be Koresh (Cyrus the Great) of the Persian Empire.

In Koresh, Hashem’s servant, His soul delights.  This servant will bring justice and redeem the lands from their misery under the brutal conquest, first of the Assyrians and then of the Chaldeans.  As previously prophesied, the conquerors will be conquered and punished for their pride and wickedness.  Still, Yeshaiyahu balances this good news with warnings against idolatry, because Hashem’s servant is blind and deaf in the same way that Israel is–He does not know Hashem.
Note that the prior prophecies have now come to pass, and new prophecies are now being given.
Behold, the former things have come to pass,
and new things I now declare;
before they spring forth
I tell you of them.”

Everything that is about to happen under Koresh (and later, Darius) is Hashem’s doing, because He is done punishing Israel.  Israel, among all the nations, is Hashem’s servant and witness.  He has no covenant with any other, and neither does Israel have any covenant with any other god.  But, since Israel will be ruled by a foreign king, it must be careful to avoid idolizing the messenger–the emperor–as was the popular custom of the time and place.  Hashem has decided to “blot out” the transgressions of Israel.  Israel must likewise forget the misdeeds of the past.  This is a fresh start–a blank slate–a second chance.
In chapter 44, we even see a brief reference to both creation and the covenant with Avraham:
For I will pour water on the thirsty land,
and streams on the dry ground;
I will pour my breath upon your offspring,
and my blessing on your descendants.

He will pour his breath on Israel’s offspring, just He breathed life into man in the very beginning; and He will bless Israel’s descendants, just has he promised to bless the descendants of Avraham.  This isn’t just a new covenant.  This is a new history, a new nation, and a new order in the world.  Indeed, this period in history must have seemed like the destruction of the old world and the birth of a new one to those who lived it, even extra-biblical sources attest to the incredible and awesome nature of the Persian conquest.
Israel should take the opportunity to abandon the idolatry of the past.  Whatever Israel does, Yeshaiyahu reports, it should understand the Koresh is Hashem’s implement:
who says of Koresh, ‘He is my shepherd,
and he shall fulfill all my purpose’;
saying of Jerusalem, ‘She shall be built,’
and of the temple, ‘Your foundation shall be laid.’

The historical record and ancient historians tell us that Koresh publicized himself as a shepherd.  He was supposedly born royal, but commanded killed as an infant.  The shepherd who was supposed to kill the baby instead raised the child as his own.  As an adult, Koresh reclaimed his rightful place on the throne.  Such stories were common propaganda to secure the crown for the founders of new dynasties.  In this case, the imagery of a shepherd is particularly suited to Israelite contexts and the needs of the prophets who would use that imagery to poetic advantage.
Yeshaiyahu continues with a prophecy and a declaration for Koresh.  Hashem is with Koresh and will go before him.  Koresh will be successful in battle, but he must understand that Hashem is responsible for it.
How true it is that Hashem often sends us adversity to test our faithfulness and patience.  And how true it is that His messages are often sent through the least likely sources.